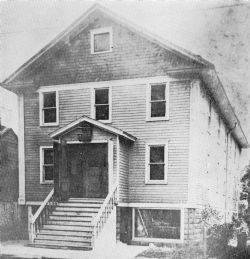 Shiloh Baptist Church has been serving God and the Plainfield community since 1908. "Born" from Mt. Olive Baptist Church, Shiloh Baptist Church was organized May 17, 1908 at Reform Hall under the pastorate of Reverend M. A. Alexander. The first few months of services were held at Reform Hall and later moved to the Third Street Hall. In 1909, Shiloh purchased its first property at Fourth and New Streets and that property was sold in 1914 when Shiloh purchased and moved to its current location at 515 West Fourth Street. The building that existed on the property was remodeled and served as the place of worship until construction on the next building began in 1931, under the pastorate of Reverend L. E. Keiser.

The basement of the church was completed first and services were held there for several years. There was great joy in the moving from the old frame church to the basement of the new church. A real sense of progress was felt, yet Shiloh was still dependent on the "mother church," Mt. Olive, for baptisms. It would be several years before Shiloh completed construction on the remainder of the church building and could perform its own baptisms. 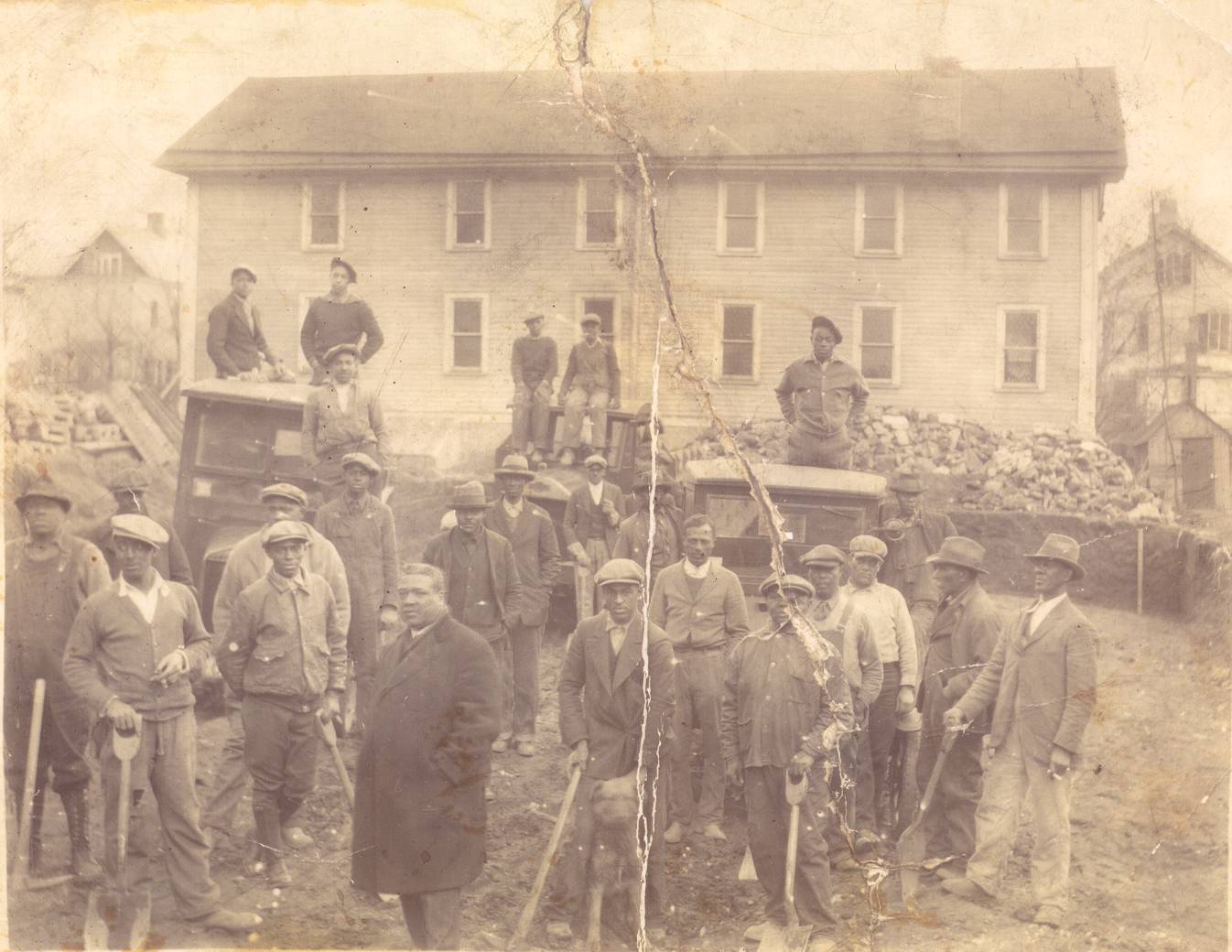 This construction was taking place during the great depression and was evidence of the hardships and sacrifice the people of Shiloh were willing to endure to build a place of worship. As the decade of the 1930s drew to a close, construction was finally completed on the church building under the pastorate of Reverend W. A. Johnson.

In the 1940s, under the pastorate of Reverend A. Ross Brent, Shiloh began acquiring adjacent properties as they became available. During this period, the church property was extended through to Fifth Street. The post war era created the need for additional parking spaces, since many families now owned cars. So, the original frame church was demolished to accommodate a much larger space for parking cars. The next challenge faced finding room for the Sunday School classes which now required more space than was available in the basement. The Parish House was added in 1950 and provided much needed classrooms. In 1961, Shiloh became a charter member of the Progressive National Baptist Convention, Inc. The church continued to grow numerically, financially and affluently during the tenure of Dr. Brent. He retired in 1977 and was awarded the status of Pastor Emeritus until his death. 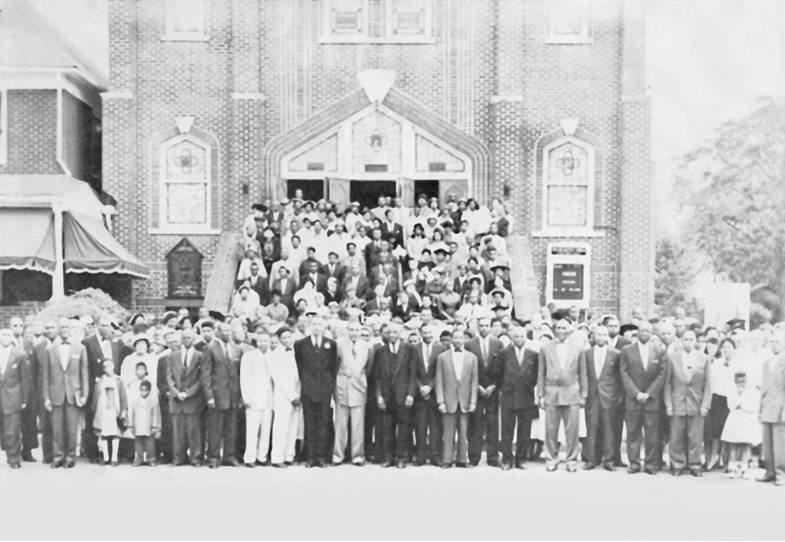 In the 1980s, under the pastorate of Reverend Jerry W. Henry, Shiloh acquired and demolished the property previously known as the "Queen City Lounge" on the corner of Fourth and Liberty Streets. That property was also used for additional parking. During the 1980s and 1990s Shiloh's membership grew dramatically. To meet the spiritual needs of the growing membership, many special ministries were introduced under the pastorate of Reverend Jerry W. Henry. These included the "Koinonians," a singles ministry, the "Binding Tie," a couples ministry, the "Seasoned Citizens," a senior citizens fellowship and bible study and "CLIMB” (Christ Lives In My Body) a youth ministry. To ensure that new members had a good understanding of what it meant to be a Christian and the purpose of the local church, Covenant Classes were introduced. In 1986 the Tape Ministry was established. This provided a means for the gospel to indeed be "spread into all nations." Also, "Celebrating the Gospel," a cable broadcast began in the late 1980s and continued until 2005. It reached over 2.4 million viewers weekly throughout New Jersey, New York, Pennsylvania and Connecticut. Reverend Jerry W. Henry passed away in December, 1995.

In March of 1997, Shiloh called its eighth pastor, Reverend Gerald Lamont Thomas, Ph.D. Under his visionary leadership, new ministries and spiritual opportunities were introduced including "Rites of Passage" for young people, the "Christian Education Faculty," forming the support structure for our Sunday School and Discipleship Training. Through the "Pastor/Church Covenant," Evangelism, Discipleship, Stewardship, Missions, and Family Life Ministries, Christian unity was established as priorities of Shiloh's ministry and mission to the community, state, region, and global witness.

It soon became apparent that the existing facilities would not be able to meet the needs of the growing ministry. Opportunities for expansion were sought and in December of 1997 the membership voted to purchase the property on Plainfield Avenue between South Second and Third Streets to assist in the future construction of a new church facility. God continued to bless the church with the purchase of the twenty-five passenger "Jesus Bus" to enhance and support the ministries. Shiloh also purchased a $250,000 mansion that became the church parsonage and was used to house the pastor and his family.

Over $1.75 million of additional properties surrounding the church were purchased for future building expansion with more to come. Our prayer became: "LORD, PLEASE, GIVE US THE LAND IN TWO THOUSAND!" Through the vision of Reverend Thomas, the Christian Education ministry created "S.I.B.L.E.," The Shiloh Institute for Biblical Learning and Education. This new concept was more in line with the design of biblical training which was to equip each member and every family with the skills and ability to know the Word for personal empowerment. The SHEELD, a 501(C)3 non-profit community development corporation, was organized to assist in the witness of Shiloh within the Plainfield and vicinity communities. Over $265,000 of federal grants were obtained to enable at-risk youth to achieve opportunities in developing life enhancing skills through education, mentoring, and recreational activities.

Having purchased the required properties, Shiloh submitted a business plan written by Reverend Thomas to secure an $8 million loan from the Christian Community Credit Union (CCCU). The church moved from its former edifice and began worshipping at the Plainfield High School "by faith" on the first Sunday in November of 2002. On December 19, 2002, the CCCU board unanimously approved the plan and granted Shiloh the loan. In May of 2003 the former facility was demolished and the construction on a new $13.2 million, 69,500 sq. ft. state of the art church facility began. On March 25, 2005, Shiloh dedicated its new church facility and held its very first worship service in it.

Through his daily construction oversight, Reverend Thomas noticed that very few minority men and women were working at the site during the construction project. He decided to develop a school where knowledge of the construction trades could be studied and learned. On September 7, 2005, The Union County TEAMS Charter School (UC TEAMS) opened under the direction of Reverend Sheila Thorpe. The school was housed in the lower level of the new Shiloh facility. The school now has classes from K - 12, and held its first high school graduation in 2013. Many of the high school students enrolled at Union County College, in Cranford, taking college credit courses while attending UC TEAMS.

In May of 2008, Shiloh celebrated its "Centennial Anniversary Celebration." This auspicious occasion was a joyous celebration for the entire congregation and the Plainfield community. In December of 2009, Shiloh purchased the adjacent facility, formerly Mt. Zion A.M.E Church, for $1.1million. It currently houses one of Shiloh’s outreach ministries, "The Lord's Kitchen," feeding over 1,000 families monthly.

In January 2015, Reverend Thomas announced his retirement and officially retired as the pastor in August 2015. Shiloh went in prayer as the appointed pulpit committee began its search for a new senior pastor.

During his tenure at Shiloh, Reverend Hamilton established and hosted a weekly prayer conference call that was held every Wednesday at 7:14am. The time was significant in that it coincided with the scripture written in 2nd Chronicles 7:14, “if my people, who are called by my name, shall humble themselves, pray and seek my face and turn from their wicked ways, then I will hear from heaven, and will forgive their sin and will heal their land.” Reverend Hamilton also started a Sunday Basketball program during the church worship service in an effort to reach young males. As part of their participation in the game, the youth also received a word from the Lord.

Reverend Hamilton announced his resignation as Pastor of Shiloh on October 13, 2019. 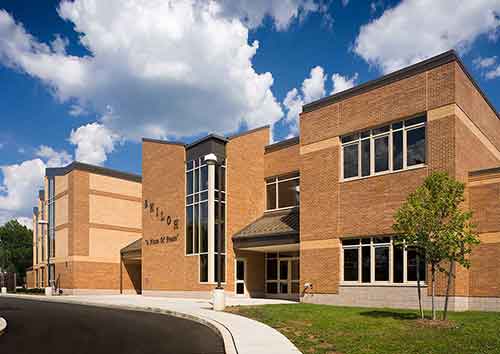 A Place of Peace: Where Jesus is Lord and People are Loved!

During its many decades of service to the Lord, Shiloh has had nine devoted shepherds: 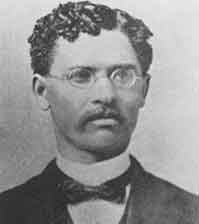 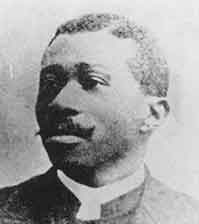 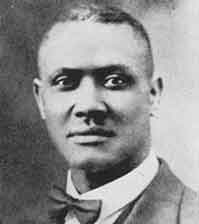 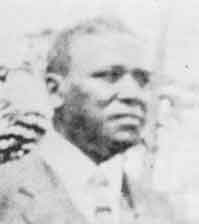 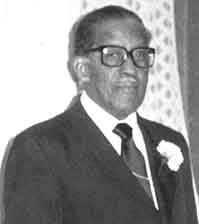 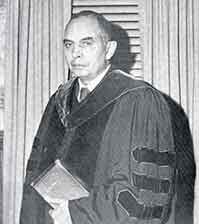 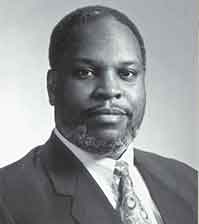 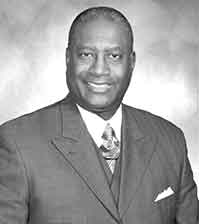 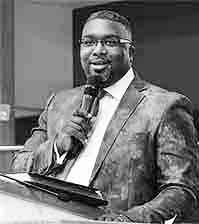 Serving Plainfield and Surrounding Communities Since 1908